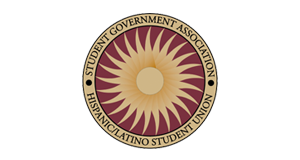 Hello Seminoles,
On behalf of the Hispanic/Latinx Student Union, we would like to welcome you to our Familia. We would love for you to be a part of this incredible group we have created here on this campus. We are one of the six SGA agencies in FSU, which means we are here to represent the Hispanic/Latinx community both on this campus and in Tallahassee. We are very excited to share our culture and heritage with you all.

We the Hispanic/Latinx Student Union pride ourselves on being an open and diverse group, who try to implement inclusivity in everything we do. We are available to every student on campus. As an agency, all Seminoles are members of HLSU. We encourage you to get involved and find out what we have to offer!

Come by our office on the fourth floor of Thagard to learn more about the agency and ways to get involved!

Hope to see you soon!

The HLSU shall serve as an institution dedicated to unifying, informing, and serving the Hispanic/Latinx community at the Florida State University (FSU) and Tallahassee community. The HLSU will function as an educational and cultural learning instrument for all students, faculty and staff. It shall provide a centralized coordination of resources and services for the Hispanic/Latinx community. The HLSU shall serve as a nucleus for a network with other national institutions and organizations to improve the opportunities and living conditions of the Hispanic/ Latinx community. It shall be open and accessible to everyone thus providing a liaison between FSU and the Tallahassee community.


The Hispanic/Latinx Student Union strives towards encouraging and enabling the academic, professional, and social success of Hispanic/Latinx students on campus. Through strengthening relationships and the cultural development of students on campus, we are able to expand our influence and ensure our growth. We are proud to currently serve the Florida State University as one of the largest agencies in the Student Government Association. It is within the Hispanic/Latinx Student Union’s (HLSU) mission that every academic year, we aim to “...serve as a nucleus for a network with other national institutes and organizations to improve the opportunities and living conditions of the Hispanic/Latinx community.” Each academic year, HLSU focuses and explores ways on how we as an agency can reach out to outstanding organizations in order to better serve the Florida State University community. With this initiative in mind, we hope that while creating and planning events and making them accessible to every student in the Florida State University community, we can better educate students on the resources that are readily available to them, while teaching them about the diversity the Florida State University prides itself on. For more general information, please feel free to email us at HLSU.director@gmail.com Location & Hours: We are located on the fourth floor of the Thagard Building.

Established in the year 2000, ¡Azúcar! Dance Company is Tallahassee’s oldest Latin dance organization and is dedicated to teaching the Cuban dance of casino to the Tallahassee community. ¡Azúcar!, whose literal meaning in English is “sugar,” offers free lessons throughout the year and encourages our students to not only advance as dancers, but to integrate as part of the ¡Azúcar! Team. We strive to be active members of the Florida State University and Tallahassee communities through the hosting of Cuban casino dance lessons, performing at events, and participating in community service endeavors, which are all open and available to the public regardless of age, race, sex, sexual orientation, religion, student status (you don’t need to be a FSU student), or school affiliation. 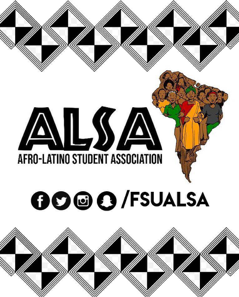 Afro-Latinx Student Association (ALSA)
As an Afro-Latinx organization, we spread information about our rich Afro-Latinx culture that runs deep in our roots. We strive to teach those to learn to embrace their culture and spread awareness to our community in order to give Afro-Latinxs a sense of identity. 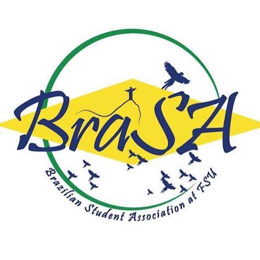 The Brazilian Student Association at FSU (formerly known as the Portuguese Language Club at FSU) is for anyone interested in the Portuguese language and Brazilian culture. Everyone is welcome to join the meetings and participate in the events throughout the academic year, there is no need to speak Portuguese or be of Brazilian heritage! We sponsor a bi-weekly conversation hour known as "Bate-Papo", where members can develop their Portuguese-language skills with other students and native speakers in the community. We also hold general body meetings and other events to promote the Brazilian culture and Portuguese Language. 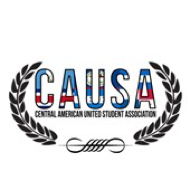 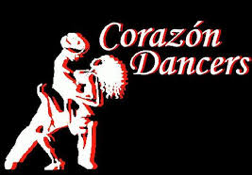 We are a culturally diverse group of students who share latin dance as a common interest if not passion. We teach latin dances on campus as well as throughout Tallahassee. We are also involved with community service opportunities around the city. We host workshops as well as perform at various events throughout Florida. We focus on becoming well rounded Salsa dancers through performance, social dancing, and teaching. To promote a continual love and appreciation for Latin dance. 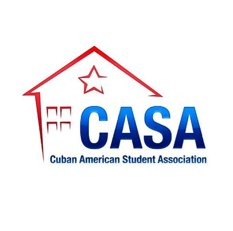 The Cuban-American Student Association, also known as C.A.S.A., is committed towards enhancing the Cuban-American culture through social and service activities; to serve the needs of Cuban-American students; to unite and educate the student body and the Tallahassee community; to promote cultural exchange through the sharing of our Cuban heritage; to contribute to the well-being of the Hispanic community as a whole; and to take a political stance and advocate for a free and democratic Cuba. 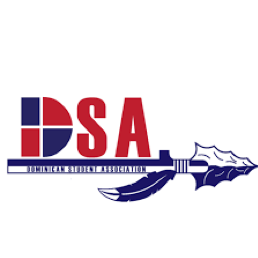 Established in the 2004-2005 academic year, the Dominican Student Association at the Florida State University has made it its objective to share the powerful culture so beloved to its members.
By implementing the Dominican culture both on and off campus, the FSU community will be able to experience an ethnically diverse campus by working with and conducting events in the cultural, social, and educational spectrums. 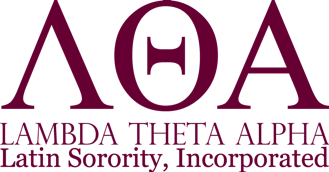 Lambda Theta Alpha was recognized at Kean University as the First Latina Sorority founded in the United States. This organization was the first to recognize the need for a support system, thus creating one. The desire to progress, dedication to their community, and the aspiration for the advancement of the Latina women marked the beginning of Lambda Theta Alpha. It allowed the independent Latina woman of a new era to have a sense of belonging and with that, achieve her highest potential. It would define a new role for the Latina woman, one with education, goals and vision in hopes of great success. 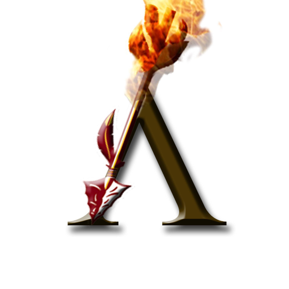 In 1975, there were no Latinx fraternities in existence in the United States. The Greek-letter organizations of the time primarily catered to Anglo and African-American students and graduates. Lambda’s founders, as men of vision, realized there was a need to unite the Latinx students, develop their leadership skills, impart upon them the value of an education, and instill in them a commitment to their community and culture. The traditional student club would not suffice to accomplish such lofty goals. Hence, Latinx unity and brotherhood would be achieved through a long recognized institution – the fraternity. This newest addition to the Greek system would be the first in the nation, by identity and by name: Lambda Theta Phi Latin Fraternity, Incorporated. The ideals of this fraternity include academic excellence, brotherhood, leadership, Latinx unity, and service. On a daily basis, our brothers live up to these ideals, as set forth by fourteen young Latinx men decades ago. At the undergraduate level, our brothers are active within the Fraternity and in other student organizations. At the professional level, among our ranks you will find attorneys, doctors, and engineers. Our brothers are affecting policy and change as elected officials serving on City Councils, Boards of Education, U.S. House of Representatives, and the U.S. Senate. In short, Lambdas are contributing and excelling in every facet of human endeavor. "En La Union Esta La Fuerza." 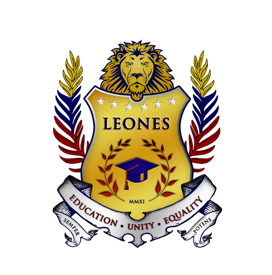 In order to promote the further sustainable advancement of our communities, by encouraging the values of education, unity and equality, LEONES acts as a change agent to nurture the intellectual, social and emotional development of our children and young adults, the future of our society. 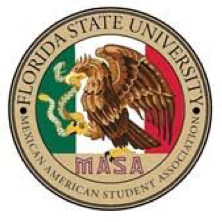 The name of this organization shall be Mexican American Student Association at the Florida State University. The organization may also refer to itself as “MASA.” MASA shall serve to promote and provide the welfare of the Mexican American student body at Florida State University. It shall function as an educational and cultural learning instrument for the FSU community, promoting Mexico’s positive attributes and rich cultural heritage. MASA shall foster unity by developing a network among Mexican and Mexican American students and encouraging student participation in the promotion of Latin America’s cultural expression. 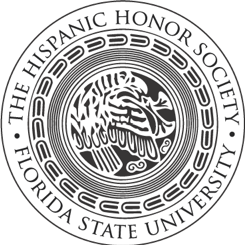 Establishing The Hispanic Honor Society at the collegiate level to recognize and encourage outstanding scholastic achievement while promoting cultural growth in a service oriented society. We are a group of gifted students who love to serve the community while learning about the Hispanic culture. The cultural events are geared to get students to acknowledge and become familiar with the different cultures in the hispanic world. All of this would not be possible without the social events which bring the members closer together. 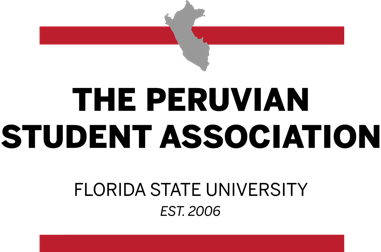 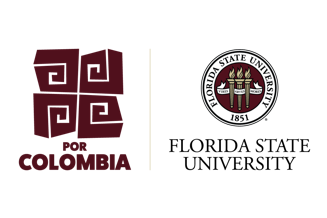 Por Colombia is a nationally recognized student organization created to promote and provide for the social welfare of the Colombian-American student body at the Florida State University. It will function as an educational and cultural instrument for the FSU community, promoting Colombia's positive attributes and rich cultural heritage. Our goal is to foster unity by developing a network among Colombian students and encourage student participation in the promotion of Latin America's cultural expression. Por Colombia helps bring together the Colombian community in FSU and promotes cultural awareness. 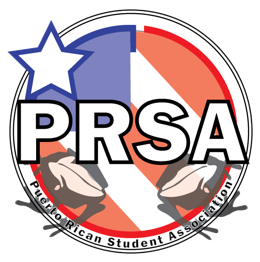 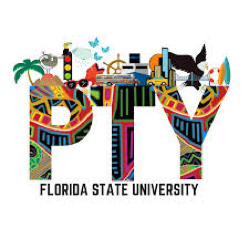 PTY at FSU is a Panamanian student organization created to promote Panamanian culture and values, thus producing unity among Panamanians and non-Panamanians alike. Panama is a beautiful and unique country that consists of a variety of ethnic backgrounds. Its diversity is a dominant characteristic that is noted and promoted in PTY at FSU. Our goal is to establish a welcoming environment for present and future Panamanian students, as well as the general FSU community. We promote the Panamanian culture through fun and engaging events but we always make time to give back to the community. The Panamanian culture tends to be very family-oriented and as a result, we are exceptionally supportive of each other and always look out for one another. It is because of this that once one is integrated into PTY at FSU, from that point on, we stand together as one, creating ties that will last a lifetime. 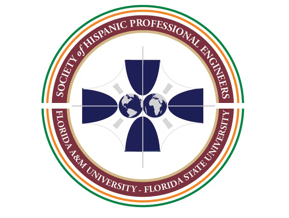 SHPE is the leading social-technical organization whose primary function is to enhance and achieve the fullest potential of Hispanics and under served minorities in engineering, math, technology and science.
We fulfill our mission by increasing educational opportunities; promoting professional and personal growth; carry out our social responsibility to be involved in education, business and government issues; enhancing pride within our organization; and reinforcing our reputation as a vital Hispanic organization. 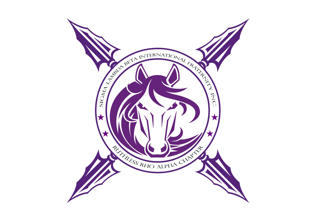 The Rho Alpha Chapter of Sigma Lambda Beta International Fraternity strives for academic excellence, diversity, and service to The Florida State University and Leon County communities. We are the largest and fastest growing multi-cultural fraternity in the nation. Our pillars of Brotherhood, Scholarship, Community Service, and Cultural Awareness drive us to better ourselves, maintain self-respect and encourage tolerance for the views of others. 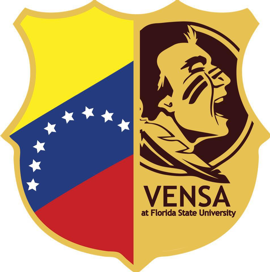 The purpose of the Venezuelan Student Association at the Florida State University is to promote unity among all Venezuelans, to share our culture with everyone in Tallahassee, to guide newly-arrived Venezuelan students in their process of cultural and social adaptation and to increase the general awareness of current events in Venezuela.